Ushers serve as greeters, prepare the altars for service, take the collection offerings, assist parishioners with seating, and they administer to the needs of the congregation, as necessary. They also assist the priest during Divine Liturgy, when called upon. Anyone interested in becoming an usher can contact the parish office.

Altar serves are a very important part of the Divine Liturgy. They serve as assistants to the priest on the altar, which is a great privilege. Anyone interested in becoming an altar server should contact the parish office. 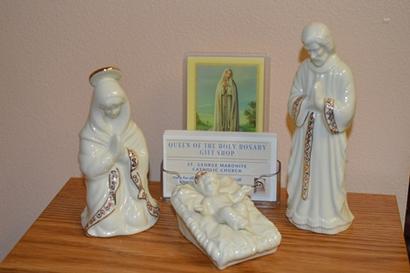